Refrigeration technology has existed since the 1700s, when Scottish professor William Cullen ran an experiment involving a small vacuum and boiled diethyl ether, a chemical that when boiled, pulled heat from the container beneath it. It wasn’t until the early 20th century, however, that refrigeration technology became safe and efficient enough to be utilized as a commercial product.

Using refrigeration in shipping, though, was another problem altogether. Before refrigeration, transporters of perishable goods used large blocks of ice to maintain cooler temperatures. Of course, this method was inefficient and inconsistent.

While some form of refrigerated vehicles existed in the 1920s, it was Frederick McKinley Jones’ innovations just before World War II that ushered in the ubiquity of refrigerated trucking. Jones designed a portable air cooling unit which allowed the transportation of food and blood during the war, saving countless lives. Jones’ key innovation was designing a trailer that itself could maintain temperature control, instead of the ‘cooling boxes’ that would be transported in a standard truck before.

After the war, Jones, along with Joseph Numero, went on to found the Thermo Control Company (later the Thermo King Corporation). By the 1950s, mechanical refrigeration had virtually eliminated the ice based temperature control of the past.

As a direct result of Jones’ work, Al-Amin Brothers Transportation continues to build upon his innovations and deliver goods to customers efficiently and at the right temperature. 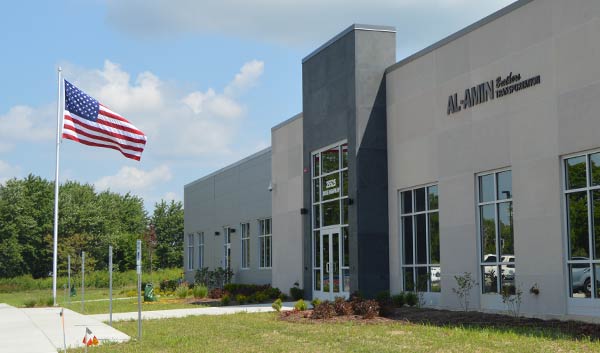